In our new book ‘What Does This Look Like in the Classroom?’ we interviewed Dylan Wiliam on how to implement research on assessment in the classroom.

A central problem in the area of assessment in the classroom has been in the way we often confuse marking and feedback. As Dylan Wiliam points out in our discussion, there is an extraordinary amount of energy expended by teachers on marking and often very little to show for it in the way of student benefit. Although feedback is one of the most effective drivers of learning, one of the more surprising findings is that a lot of it actually has a negative effect on student achievement.

A set of marked books is traditionally seen as an effective proxy for good teaching but there is a lot of evidence to say that this might not always be the case. This problem is on a scale that might surprise a lot of people:

Dylan: I once estimated that, if you price teacher’s time appropriately, in England we spend about two and a half billion pounds a year on feedback and it has almost no effect on student achievement.

Certainly students need to know where they make misconceptions or spelling errors and correcting those is important. Doing so also provides a useful diagnostic for teachers to inform what they will teach next, but the written comments at the end of a piece of work are often both the most time-consuming and also the most ineffective. For example, taking the following typical comments on a GCSE English essay:

This is a good example of certain assessment practices where the feedback mainly focuses on what was deficient about it, which as Douglas Reeve’s notes, is “more like a post-mortem than a medical.” The other thing is that it doesn’t really tell the student what they need to do to improve. What is more useful to the student here? receiving vague comments like these or actually seeing sophisticated vocabulary, phrasing and analysis in action? It’s very difficult to be excellent if you don’t know what excellent looks like.

Often, teachers give both a grade and comments like those above to students, hoping that they somehow improve by the time their next piece of writing comes around a week later and then berate the student when, lo and behold, they make the same mistakes again. Perhaps part of the problem here is that we have very low expectations of what students are willing to do in response to a piece of work and do not afford them the opportunity to engage in the kind of tasks that might really improve their learning.

To address this problem, Dylan advocates a much more streamlined model of marking that is not only more manageable for teachers, but also allows students to have more ownership over the process:

Dylan: I recommend what I call ‘four quarters marking.’ I think that teachers should mark in detail, 25% of what students do, should skim another 25%, students should then self-assess about 25% with teachers monitoring the quality of that and finally, peer assessment should be the other 25%. It’s a sort of balanced diet of different kinds of marking and assessment.

After producing a piece of work, instead of using abstract skills based success criteria, it is probably more powerful for students to have access to a bank of exemplar essays or worked solutions to see concrete examples of success against which to self-assess their own work. Marking everything in sight and leaving detailed comments is an established cultural norm now but this practice doesn’t appear to be based on good evidence. We know for example that many students will look at a grade and not engage with the feedback but is that feedback always useful anyway?

As we discuss in the book, a common issue we see again and again in using research in the classroom is the ‘Chinese whisper effect’ where by the time evidence works its way down to the level of the classroom, it’s a pale imitation of its original form. This is especially prevalent in the area of marking where convoluted policies such as triple marking are enacted as a means of raising pupil achievement whereas all they are doing is often increasing teacher workload. As Dylan Wiliam reminds us, “feedback should be more work for the recipient than the donor,” but how do you change a culture that has traditionally been the opposite?

Dylan: In terms of what we do about this, I would say first of all, headteachers should lay down clear expectation to parents and say things like, “We are not going to give detailed feedback on more than 25% of what your child does. The reason for that is not because we’re lazy. It’s because there are better uses we could make of that time. We could mark everything your child does, but that would lead to lower quality teaching and then your child will learn less.”  Heads have to establish those cultural norms. If a teacher is marking everything your child does, it’s bad teaching. It is using time in a way that does not have the greatest benefit for students.

As a profession, we are too some extent, we are our own worst enemy. Using marking policies that have little impact on student achievement and a negative impact on teacher workload and morale makes little sense. By adopting an approach like four quarters marking, we might go some way to address this issue and at the same time, give students more ownership over their own learning.

‘What Does This Look Like in the Classroom?’ is out later this month.

Here it is – I would welcome feedback on this and if there are any areas we could improve upon. Tim

I am glad that we have already embedded a lot of these proposals so we are in a really good position compared to other schools. However, we are keen to keep improving so any suggestions to me please. Tim

I have put the three reports below (Data, Planning and Marking) with the recommendations below each hyperlink. Leadership will be working through these over the coming weeks and will discuss with staff our response and any actions needed. As always any thoughts on this please let me know. Tim

For EVERYBODY involved in data management:

Ensure strategic use of data to inform teaching and learning, and understanding of assessment is part of any initial training.

I have put the three reports below (Data, Planning and Marking) with the recommendations below each hyperlink. Leadership will be working through these over the coming weeks and will discuss with staff our response and any actions needed. As always any thoughts on this please let me know. Tim

For EVERYBODY involved in data management:

Ensure strategic use of data to inform teaching and learning, and understanding of assessment is part of any initial training.

The Workload Reports published over the Easter weekend was not so much a missed opportunity as one that never existed.  There is a certain amount of confirmation bias in making this statement as back in November 2015 I blogged Why Workload Working Groups Won’t Work.  The blind man of the title is each one of […] 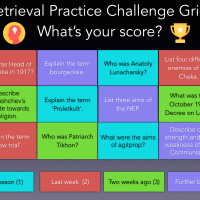 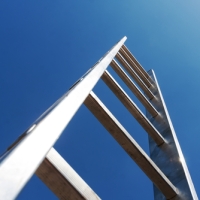 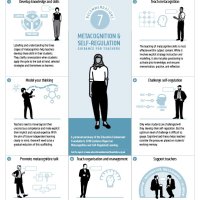 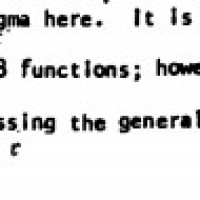 Brain food for the thinking teacher

Zest for Learning... into the rainforest of teaching and school leadership